For patients that are considering permanent lip fillers, we are pleased to offer other permanent lip augmentation solutions. Permanent lip enhancement is ideal for restoring volume and fullness to aging lips or thin lips.

Unlike temporary lip fillers, the results can last a lifetime. Permanent fillers in the lip should be avoided. Whether you were born with thin lips or your lips have lost volume with age, lip enhancement surgery can achieve fuller lips permanently.

Farrior Facial Plastic Surgery has given hundreds of patients plump, full lips with lip implants, lip advancement, and autologous fat fillers. Enhancing your lips is a great way to make your whole face appear more youthful and attractive, without having any “major” work done.

The lips are a tricky area to treat. A common problem is overdone lips. Inexperienced lip injectors and surgeons tend to go overboard, mistakenly believing this will give a desirable result. However, nothing could be further from the truth.

Overdone lips are very obvious. That is not something you have to worry about at Farrior Facial Plastic Surgery. Normal movement of the lips is as important as the size. All implants distort the movement. When it comes to your lips, it is in your best interest to seek a trained lip enhancement specialist.

Dr. Farrior is highly skilled in facial anatomy and the different structures of the lip area.Combining his medical knowledge with an eye for artistry, his goal is to give patients a fuller pout that looks completely natural. When you are seeking a permanent way to enhance your lips, he is the Tampa plastic surgeon you should come to first. 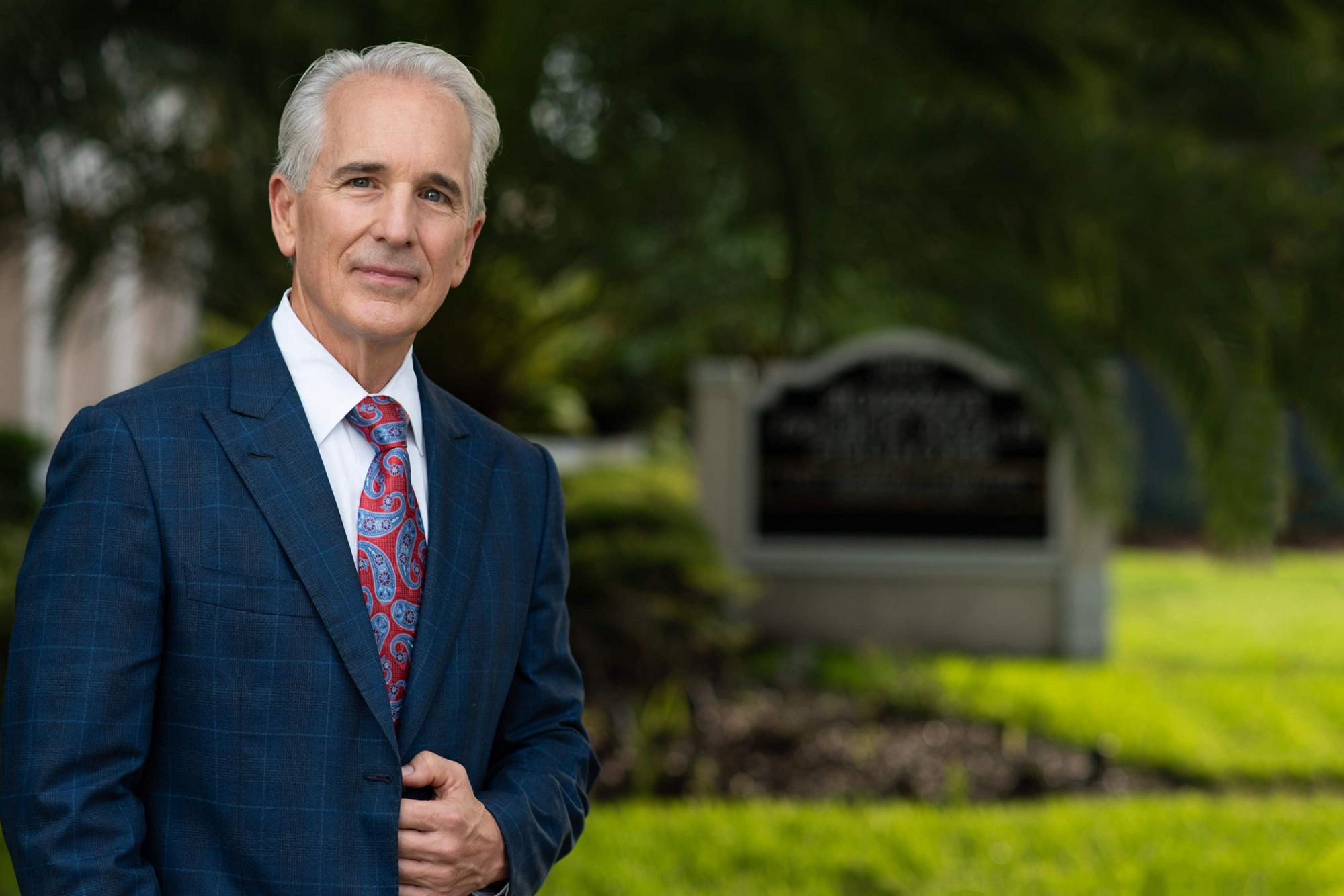 Dr. Farrior is highly sought after for his facial surgery expertise, including lip augmentations.

Dr. Farrior is renowned in the Tampa area for giving patients beautiful, yet natural, results.

When it comes to permanent lip enhancement, you have options. At farrior facial plastic surgery we can make thin lips fuller permanently in four ways.

The first is lip implants. This is a permanent lip surgery that uses your own fat with fascia to add volume. Silicone and expanded polytetrafluoroethylene should be avoided. Fat with Fascia is soft to the touch so they can feel as close to natural lip texture as is possible.

Dr. Farrior will make a small, hidden incision to insert the fat and fascia lip implant. Another incision is necessary to harvest the graft. If a facelift is being performed the tissue is readily available.

Lip advancement (vermilion advancement) makes lips bigger by moving the lip border outward so that the adjacent tissue becomes part of the lip itself. This gives your lips a beautiful enhancement without implants.

The amount of pain is minimal. Dr. Farrior uses dissolvable sutures, so there is no need to get the stitches removed. It’s the small details like this that make Farrior Facial Plastic Surgery the best lip augmentation clinic in Tampa.

For patients with a broad smile, this procedure can nearly double the lip size if desired. However, this technique can also provide more subtle results. Regardless of your preferred lip fullness, Dr. Farrior will make sure the results look natural and appropriate for perfect facial harmony. As with all our cosmetic procedures, your desired lip size is always the most important consideration.

For patients with a narrow smile or those who desire a more dramatic lip augmentation, fat grafting to lips is another choice. The tissue can be removed from different parts of the body based on your preference, then used for permanent lip injections or tissue placement.

For example, Dr. Farrior may use a small amount of tissue from the lower abdomen to enhance the lips. This is ideal for women that have had a Cesarean section or other abdominal surgery, which often leaves a flap of loose skin behind.

He can also use fat from the gluteal crease (the fold beneath the buttocks) or tissue from the temple area using a hidden incision in the hairline. If you are having a facelift, then the tissue that is removed can be added to the lips. Dr. Farrior adds the tissue to your lips with small incisions in the center of the upper and/or lower lip. If fat is used instead of tissue, it will be injected into the lips. Both procedures give beautiful results.

The subnasal lip lift also known as a Bullhorn lip lift is used to shorten the height of the lip while creating improved contour and enhancing the cupids bow. It also improves facial proportions and increases dental show with smiling.

There is an incision made in the shadow of the nose that allows this to be performed. The incision will heal imperceptibly. This procedure is done with local anesthesia in about an hour.

What is the best way to achieve fuller lips?

There are many ways to add fullness to your lips. We have several lip enhancement options to suit your aesthetic goals and budget. In addition to lip implants, tissue grafting, and lip advancement, we also offer temporary lip augmentation with injectable fillers, such as Juvederm or Restylane. These are great options if you are interested in non-surgical lip augmentation. Facial fat transfer may also be used for this purpose on some occasions.

To learn which form of lip augmentation is best for you, schedule a free consultation with Dr. Farrior today.

What is the average lip augmentation downtime?

Lip surgery of any kind will result in swelling and bruising that typically lasts up to 14 days, but could be longer. The pain is minimal, but the swelling can be significant. For these reasons, Dr. Farrior may advise you to wait 7-14 days to return to work after surgery, depending on the procedure.

However, if your job does not involve face-to-face interaction with people, you can return to desk work, phone calls, and non-personal contact activities as early as the day after the procedure.

What are the most common lip augmentation side effects?

Swelling, bruising, and lip tightness are common after surgery. The lips will appear full and swollen at first, which is only natural given the nature of surgery. Mild to moderate swelling is considered a common side effect and is temporary. The feeling of tight lips usually subsides within 5-6 weeks after surgery. In some instances, the tight feeling after lip augmentation may persist. Bruising can be mild to moderate. It appears shortly after surgery and resolves in about 2 weeks.

It is normal for the lips to feel hard or rigid for 6-12 weeks after surgery. This subsides faster with lip advancement than with a lip augmentation procedure.

What kind of results can I expect from lip augmentation?

Lip enhancement is designed to give you a youthful, fuller pout. It’s important to keep in mind that, due to swelling, the initial results will be more dramatic than the final outcome. While many patients enjoy the added fullness, the lips will appear fullest for the first three months. As the swelling subsides, the lips will settle into their final shape. You will be thrilled to see the final results.